On Jean & One Tree HIll

The other evening, the Hallmark Channel aired a promo for an upcoming Hallmark movie, “The Beach House.”  I was reading, but I looked up & recognized an actor who starred in a WB turned The CW series from 2003-2012. 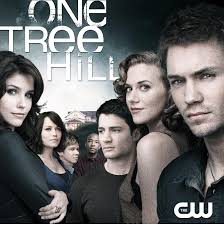 And that her favorite character, Lucas Scott, was played by a younger version of Chad Michael Murray, soon to appear on Hallmark’s “The Beach House.”

So I told Jean a story - what I remembered of the series, set in the small town of Tree Hill, North Carolina, the plot revolving around two half-brothers.  Fathered by the same man, Dan Scott, within a few months of one another.

The elder son, Lucas, lived with his mother Karen, who owned a café in Tree Hill.  His father Dan never married Karen, never interacted with his eldest son.

Dan married Deb (whose family had money), the mother of his youngest son, Nathan.

I explained the complexities of life in Tree Hill, where the major form of entertainment is the local high school Ravens basketball team.  In the first few seasons, basketball set the tone for each episode – which brother played best, their father’s reaction to his youngest son’s performance, his fury that too often Lucas outperformed Nathan.

And I reminded Jean that whenever Lucas misbehaved or acted like a male slut, she always defended him.

Lucas is a good boy.

Good as a two-syllable word.

Jean asked me if “One Tree Hill” was still on.  I explained that it ended in 2012, but I would try & find it on Netflix.

“One Tree Hill” is not on Netflix, but I remembered that I keep forgetting to cancel my Hulu account (I only signed up for “The Handmaid’s Tale”).  And there it was – all nine seasons.

The next night, I hooked up my computer to Jean’s TV & we binge watched three episodes of “One Tree Hill.”  I pointed out the characters, explained the relationships.

During one scene, Jean asked what made Brooke the slut cheerleader.  I told her she needed to keep watching & all would be revealed.

As we watched, I began to recognize actors now appearing in Hallmark movies.  My friend Rachel Halperin Plotkin’s daughter Emily Plotkin, posted in recent Facebook memory that Hallmark movies were where all former stars of sitcoms go.

I think Emily is right –but I would include sitcoms, soap operas & nighttime teenage angst dramas.

I know that I cannot recreate those past evenings of watching “One Tree Hill” with Jean.  We can watch more episodes & before each one, I will have to explain the characters & relationships & why basketball is so central to the plot. 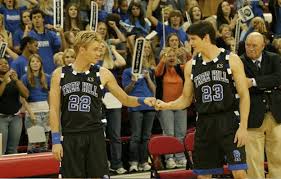 The next day after our three-episode binge, Jean asked me the name of the aide who comes in three times a week to bathe her.   Angela, I tell her.

Later in the afternoon, Jean announced:

I need a notebook to write down the things I have forgotten.  To remember.

I assured Jean I would get her a notebook.  Then I left the room so she would not see me weeping.

I wept, not because my mother feels the need to write down what she has forgotten, what she wants to remember, but because Jean already has a notebook. 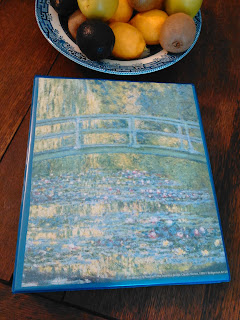 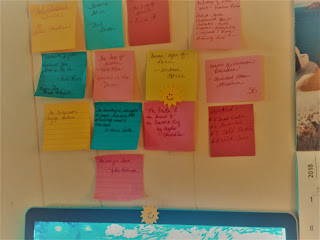 This morning I went to my local library to pick up two books I had placed on hold.  And to return a paperback copy of Paulo Coelho’s “The Alchemist.”  I have no memory what prompted me to add “The Alchemist” to the post-it notes above my work space.  Or when I did it.

Most likely, something came across my Facebook news feed that prompted me to add Coelho’s book to my post-it collage.  Apparently other readers who frequent Fort Bend County libraries had the same idea.

Because I had to put “The Alchemist” on hold.

When I opened the thin paperback of Coehlo’s work, the front cover immediately disintegrated.  I carefully turned the pages to read this text I no longer remember needing to read.

And as I read, I found myself distracted from the narrative by random words underlined in pencil.

While I appreciate marginalia, my own immensely, I do not expect to see random underlined words in a library book.

I am trained as an English Major to pause at an underlined word or highlighted section.  To look for what is missing, what is in the margins of the text.

To wonder why a previous reader found the need to underline or highlight a passage.

But the random underlined words in the library’s paperback of “The Alchemist” eluded me.

I found no rhyme or reason to the single words underlined.  Believe me, I tried to determine a red common thread, a focus, an interplay between Coehlo’s text & the unknown previous reader.

Either the thread or focus or play did not exist or I failed to find it.

So I closed the book, wondering how & if the shepherd boy was going to find his treasure.

I explained all of this to the librarians at the check-out desk.  They offered to try & find me a clean copy.

For a brief moment, I wondered if I would ever be able to read “The Alchemist” with the memory of those randomly & unconnected underlined words.

I declined the librarians’ offer, explaining that not only was I checking out two novels, I was still finishing up “Russian Roulette,” expecting the arrival of “The Displaced:  Refugee Writers on Refugee Lives,” & had the unread “Orphan’s Inheritance” on the book shelf next to my bed.

And all those post-it notes above my work space . . .