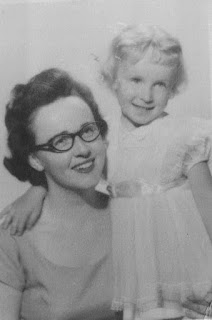 On Sunday, August 23rd, I went to wake up my mother so we could watch online services at Sugar Creek Baptist Church, as we did every Sunday morning.  She looked as if she was sleeping, her eyes closed.

But Jean was gone.  She died peacefully sometime during the early morning hours.

It was a moment I was not yet prepared to face.  A moment neither I nor Jean’s home health care worker expected at this time.

Over Labor Day weekend, we put Jean’s ashes to rest next to our daddy, Jack.  It was a simple, lovely graveside service, & exactly what Jean wanted.

Jean was born in Van Zant County, at home on her parents’ farm near Canton, Texas.  The youngest of nine, she was the last surviving of the original siblings created by Rush & Luna Sims.  She was preceded in the journey to eternity by her husband Jack & his parents John & Helen, her son John Simpson, her parents Rush & Luna, her three brothers – Ronald, Mansel & Edsel - & her five sisters – Lorine, Alyne, Janette, Melba & Barbara.

Over the years, especially during our journey together leading to that Sunday morning, Jean talked about life on the farm, about her parents & siblings, her friends & neighbors.  Sharing a bed with her sisters, listening to her mother read them books from the library, the time when her sister Alyne gave her a store bought dress – the first Jean ever owned.  About the years when Alyne was her teacher in a one room schoolhouse.  Jean would finish her work & then proceed to complete the work of the grade above her & was allowed to skip a year of school.

About stealing watermelons from a neighbor’s field, dinners with fried chicken & hoping that as her daddy filled each plate, her plate would have a drumstick.  And the conversations with her parents when she decided to marry a divorced man with a child.

Our mother was beautiful, fierce & kind, witty & creative, passionate & devout.  She helped me raise two sons & stood by & with my sister & brothers as they raised their children.  She was there as each of us faced challenges & disappointments.  She celebrated every birth, every accomplishment, every victory.

Jean never stopped reading, never lost her thirst to learn.  She took college courses at a local community college & made the Dean’s List every semester, she took art lessons, she took continuing education courses for her job as an insurance claims processor, she learned to belly dance.  (And performed for us – in costume.)  Both Jean & Jack were readers & Jean made sure each of her children spent time reading.

She never lost her sense of humor or her ability to zero in to the center of the note of a matter.  Or her interest in the world, in the present or in history.

Jean’s faith was steadfast, she never stopped reading the Bible.  When a visiting pastor brought her a copy of Max Lucado’s Fearless, she was hooked in the same way she had been hooked by the multiple mystery series we once followed together.

Jean was 85 years old – her life here was a long, productive & giving one.   I wanted her to stay a while longer.  A selfish wish on my part.  I needed her.  In many ways more than she needed me.

On the last full day of Jean’s life here, she called me in for two discussions.  The first was about our nation & its future, a subject of great importance to her.  Every time a minister or a friend from church visited & asked if there was something specific that she wanted to pray for, she replied, Pray for our nation.

That Saturday before she left, she said:

Donald Trump is trying to take everything away from us.

I told her that we had a super power – our right to vote him out of office.  I assured her that our mail-in ballots would arrive & we would fill them out immediately & send them in.

(Over the past weeks, I cannot help thinking that Jean must be just a little pissed off that she did not get to send in that ballot.)

Later that evening, she called for me (meaning she blew the whistle on the lanyard around her neck) & told me:

One of my sons came to visit me.  He wants to spend the night in this house.

When I asked which son, she said I don’t know, he didn’t say.

I thought she had awakened from a nap & remembered a dream.  Or that it was another hallucination, common with Parkinson’s patients.

So I explained that her eldest son John was in Heaven with Daddy & all our family members who were there too.  I assured her that her youngest child Jason was upstairs in his room.  I suggested it was a dream.

The next day, after Jean’s body was gone, I called my dear friend Muriel.  From the very first of my journey with Jean, Muriel has been my advisor, my sounding board, my supporter & my touchstone.  Muriel took her own journey with her mother Daisy, & guided me as I traveled with Jean.

I texted Muriel that morning.  We had been in daily touch – she knew that Jean had an upper respiratory infection & a UTI & that I was navigating the health care labyrinth.  I had shared the story of Jean’s dream / hallucination,

When I called her, Muriel said I knew what you were going to say before I opened the text.

Puzzled, I asked her how.  And when she answered, I understood:

Because her son came to her.

I can’t explain it, but I have always known that it would be my brother John who would come for Jean.

Years ago, when Jean’s friend Marilee Marks asked If you could choose which of your children you would spend the rest of your life with, who would you choose?

Jean answered John.  I have never been able to fathom why she told me that story – I was still in high school & a little pissed she did not pick me.

It was John who came & stayed the night with her, who helped her let go, who led her home.

My journey with Jean isn’t over.  She is too much a part of me, of who I am, of who I need to become.

The scripture I asked my sister to have read at Jean’s service was from 1 Corinthians (First Corinthians, not One Corinthians – that whole Two Corinthians thing infuriated her), because it was the way our mother lived her life:

Love is patient, love is kind. It does not envy, it does not boast, it is not proud. It does not dishonor others, it is not self-seeking, it is not easily angered, it keeps no record of wrongs. Love does not delight in evil but rejoices with the truth. It always protects, always trusts, always hopes, always perseveres. Love never fails.

Jean is at peace, without pain or limitations or frustration.  As promised, Love & her Faith never failed her. 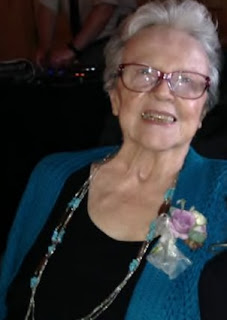 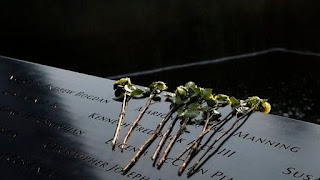 This morning, after watching the coverage of the anniversary of a day that forever changed our country, I received an email from a friend.  A friend I love, with whom I share many values – faith, family, community.

And with whom I am on the opposite side of the aisle, whose truth differs drastically from what I believe.  A friend who loves me although there are truths upon which we will never agree.

God bless America & United We Stand as we remember the heroes of 9/11 and the cowardly unprovoked attack from Radical Islamic Terrorists.

It is true that our country was attacked.

It is true that Americans came together in many ways that day & the months after.  It is also true that some Americans began to draw lines – to shun & blame all Muslims as complicit in a horror planned & played out by a small, radical segment of Islam.

But on this day as we remember those first responders who gave & risked their lives, as we remember those we lost & their families, should our focus be on the idea that “Radical Islamic Terrorists” attacked our country?
We have been attacked in the years since that day – but not just by those radicalized by a fringe group claiming to follow the tenets of Islam.

Today we are attacked from within.

Not by radicalized followers of Islam, but by groups that claim white supremacy as a God given right, by groups who cannot & refuse to accept difference without feeling threatened.  By groups who seek to destroy our institutions & bring about a racially charged civil war.

By individuals radicalized by home grown radical philosophy – individuals who attack synagogues, mosques, churches, shopping malls – all in the quest to restore a non-existent world without color or difference.

What is it we should take away from the roll call of names at Ground Zero?

Today was not about those who attacked us or their motives.

Today’s anniversary of September 11th, 2001, was about remembering those names & all the names of the first responders & ordinary citizens who lost their lives saving people they didn’t know.  People of all shades.

This anniversary was about remembering what we lost & how coming together gave us the strength to survive that loss.  It was about moments of silence & prayer.

So I prayed the same prayer today that I sent the Lord last night during the moment of silence prior to the Texans vs. Chiefs football game.

That in this moment, when the threat to our democracy & our survival is as great as it was 19 years ago, the Lord will move His people to come together & choose to follow Christ & vote for hope rather than division & fear.