OMG - Denial of the Threat of COVID-19 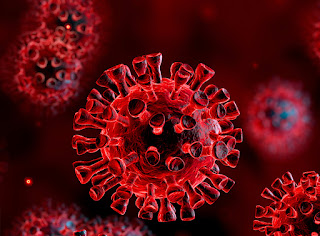 Oh my goddess, I have now read two posts shared by a former co-worker echoing  the stance that COVID-19 is not serious, but amplified by the media.

One shared post intimated that this will pass – Remember smallpox?

Actually, I am old enough to remember smallpox.  I remember lining up in the school cafeteria to receive a vaccine against smallpox.  And lining up again to suck on the sugar cube containing the polio vaccine.

Although smallpox has been virtually eradicated, its eradication did not happen in a few months & disappear with warm weather.

Smallpox was around a long time before a vaccine eradicated it.

Evidence of smallpox has been found in Egyptian mummies from the 3rd century BC.

In the 20th century, 300 million people died from smallpox.

The move to inoculate populations against smallpox can be traced to 10th century China.

Ironic, since our stable genius leader blames China for COVID-19
.
My point is this:  it took thousands of years to finally develop a
vaccine that would effectively eradicate smallpox.

We should all remember smallpox.
.
Like smallpox, COVID-19 is not going to go away easily.  The U.S. is behind in recognizing & reacting to its threat.

The U.S. is lagging behind power house nations like South Korea in testing & working on a vaccine.

So, I have a decision.  I am fond of the former co-worker who shared two insane & dismissive posts about the threat of COVID-19.

I do not block or unfriend casually.

But there is some shit I cannot dismiss.