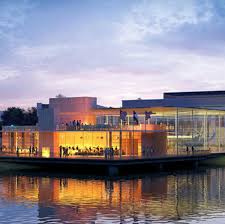 So, it really doesn’t matter why I googled myself but it had to do with my domain & I googled Jaki Ettinger instead of Jaki Jean Ettinger.

I wasn’t interested in references to my blog or Facebook & I no longer care about my presence in the bankruptcy courts representing a company I worked for a decade ago.  I do find it amusing at my credit for participating with my voice in a crowd scene in an anime movie back in the late 1990s.

My eyes zeroed in on one entry:

I clicked and there was my name, followed by the name of the company I represented all those years ago.

But there I was after the 1988 election, in Washington, D.C., working for a fairly new entrant into the lucrative world of florists in the District.  Bush HW had been elected & the air was full of excitement & anticipation & the promise of profits from parties.

I do not know how Inaugural Balls were handled before or after GWH, but that year, floral companies received a flat fee for the design.  The ultimate profit for a company working on an Inaugural is exposure & status & a line on a brochure.

Decades have passed & I no longer remember if I had any part of winning that contract – if I even typed the proposal.  It was my boss’s project – he worked with one of our most experienced floral designers – the vision & details were theirs.

Inexplicably, my boss decided to take his girlfriend to Belize.  The designer on the project left because he was pissed about not getting a raise.

I knew nothing about the project, about its implementation.  I had no one on the staff to give me  details.  And my boss was virtually unreachable.

Calling Belize was not easy in those days – it was similar to calling ship to shore.

Because my boss was staying at a resort owned by friends we shared, I found out how to contact him.  It was not easy, but I got through & I began expressing my extreme dissatisfaction with my current plight.

How dare you dump something this important in my lap?  How dare you leave the country during this?  I have no designer, no written instructions!  What the hell am I supposed to do?   Etc., etc., etc.

His response, no matter what I said, was Stop yelling at me.

Seriously, dear readers, I was not yelling.  Had I been in full Jaki Jean fury & force, there would have been no reason to use a phone line.

I lost a great deal of respect for my boss that day.  There was a crisis & the only help he offered was to wine & tell me he believed in me.

It was not the first time, or the last time, that my boss dumped something in my lap with no warning or preparation.

But this was an Inaugural Ball.  Shit.

In the end, I had to put on my big girl panties & cope.  An amazing designer on staff, Miguel, guided me through the process.  Orders for flowers & equipment from the floral association providing them meant listing every piece of wire, every piece of floral foam, of tape, every stem of flower.

Our company had a distinct style – Miguel took it & his mind moved beyond that style to a presentation that would take viewer’s breath away.

We did this together, everything revolving around meetings at the Old Navy Shipyard.

Because at any moment, I could receive a phone call that I had to go to the shipyard for a meeting the players of the Inaugural Ball my company was working on.

Each ball had its own set of players – assigned Secret Service, representatives from hotel management & catering departments, the person in charge of music.  I represented the florist, chosen by a friend & tennis partner of Barbara Bush.

The first time I went to a meeting, I lost a pair of floral scissors & a floral knife I kept in my purse.  I walked through what seemed like an endless stream of cubicles occupied by young Republicans dressed in suits & business attire.

I walked in dressed in jeans & the only pair of cowboy boots I have ever owned –  red George Straight ropers – wearing my Mickey Mouse watch & a pair of really fine giant cubic zirconia earrings.  My east Texas accent resurfaced.

It was good to be a Texan in Washington.

In the midst of being on call for Inaugural meetings at the shipyard, there were other parties – inaugurals are fraught with parties, not just the balls.

While Republicans may have been fiscal conservatives at that time, they were known for spending big money on entertainment & parties.

My company was also asked to bid on the Texas Black Tie & Boots Ball.  Even without a president-elect from Texas, that ball is huge & popular.  The 1989 stage was to be flanked by giant cowboy boots, with spurs lighting & rotating.  Giant urns needing decorating would complete the picture.

I decided on massive dozens of yellow roses in each urn – there is that whole yellow rose of Texas thing – She is always here when you come home again.  I did not get the bid, but a favored florist brought in from Texas got the job.  He used my design & stipulated that I receive two tickets to the Black Tie & Boots Ball.

Truthfully, I did not give a damn about attending the Texas ball – I wanted to get credit for those here we are when you come home again yellow roses.

Somehow all the parties & installations prior to the Inaugural came together.  The flowers & floral materials for our Inaugural Ball supplied by national floral associations arrived.  And to my surprise, every stem I ordered – the topicals, the greenery, the roses, the orchids, the lilies – everything arrived. & other organizations.

The team assigned to us, volunteer members of AIFD & other floral organizations from across the country, took Miguel’s vision & carried out an installation to perfection.

My boss arrived from Belize. Eventually, he walked through the installation with me.  After I & Miguel & the leader of the team that carried it out rendered it perfect.

He was pleased.  I was pissed & tired & weary. As we talked, two men entered across the room.

One said, “I have tickets for the Inaugural Ball.”

My boss held out his hand & said, “I think those are for me.”

“I don’t think you look like Jaki Ettinger, sir.”

Then they walked across the room & handed the tickets to me.

My boss was stunned, but I had been sitting in on meetings in the Old Navy Shipyard & I recognized those two very fit, very tan, very serious Secret Service men.

It was a crowning glory for me.

Of course, I gave the tickets to my boss, who did not use them.

But it was a moment.  And over the next year, I encountered those Secret Service dudes who knew me by name.  They were no less stern, but there was always a smile.

So, that is how my name is on a line in the archives of the George H.W. Bush’s library in College Station, at Texas A&M.  This is enormous in light of my Aggie father, my Aggie upbringing, my Aggie sister & my Aggie niece.

I can only imagine how my mother Jean is laughing, appreciating the irony of my father Jack’s grooming me to be a good little Republican & my guilt for not living up to that expectation.

So, dear readers, I have to visit that library.