With the advent of the Internet & email & Facebook & Twitter & Instagram, we have lost the fine art of letter writing & sending birthday cards & Valentines & thank-you notes & Christmas greetings that arrive in an envelope.

Every year for more years than I can remember, friends have sent me Christmas letters.  I understand that many recipients of the annual Christmas letter grew weary of them.  At times resentful of the glowing news people wrote about their families & fabulous experiences during the year.

My best friend from the second grade, Sue Ann McLauchlan Faulker, used to send a Christmas letter every year – sometimes in July.  I loved those letters that connected us across time & space.

I get fewer letters & cards every holiday season.  I treasure each of them.

This year, as we have for many years, we received the annual Barkley Christmas missive letter from my cousin Vicki Willimon Barkley & her husband Hal.

Vicki is my cousin, one of the four Willimon girls, the daughters of Jean’s sister Janette & her husband Ed.  The Willimon girls are a family treasure – four unique women bound by sisterhood, history & growing up with Janette & Ed.  And love. 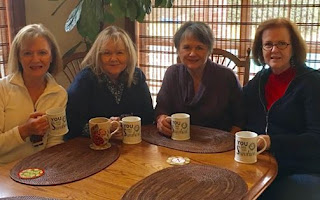 I still remember when Vicki & Hal were students at Texas Tech & visited Jack & Jean’s house on DeLeon in El Paso.  They were on their way to a skiing trip in New Mexico.  I asked Vicki about Hal & she indicated he was a keeper.

All these years later, they are still married, have raised two sons & enriched the lives of those around them.

When I opened the Barkley missive, I was once again struck with its thoughtful content, how each year’s letter contemplates something deeper than tinsel or toys or traditions associated with the holiday season.

This past year, three of the Willimon Girls, Suzanne, Vicki & Laura, & their husbands traveled to Europe together.  This year’s missive was about their visit to Normandy.

It is a worthy read & I share it with you as a reminder of the meaning behind that tinsel & toys & tradition. 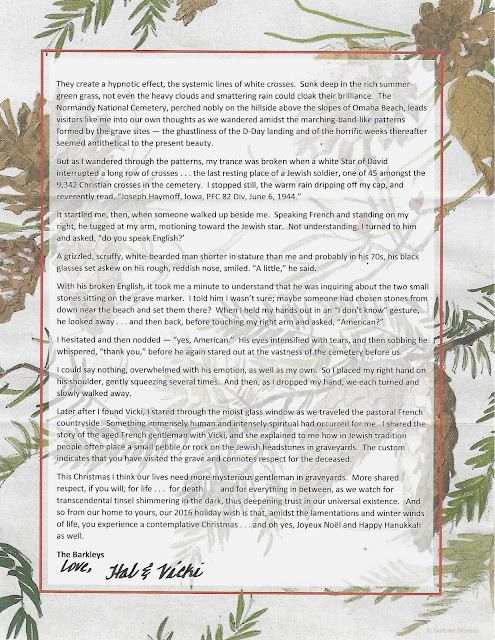