More Confessions from a Grammar Nazi 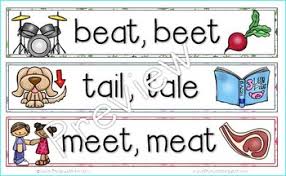 In the final resolution scene of the movie Jerry McGuire, after Tom Cruise delivers a heartfelt speech to Rene Zellwegger's character, she responds:

You had me at hello.

Now, I can promise you that in my daily life, my love life, my professional life & my reading life, I have initiated & experienced You had me at hello moments.

But, at times, in all the aspects of my life, I have also experienced You lost me at . . . moments.

Since the advent of personal computers, spell check, email, social media, text messaging & Twitter & a total lack of appreciation for the importance of grammar & punctuation, it is in my reading & literary life that I have experienced too many You lost me at . . . moments.

I cannot honestly say when I joined the grammar police.  However, I remember a moment in Patsy Kay Kelly McGinnis’ Composition class at John Foster Dulles High School.

I took the course because I wanted to write.

Our final paper of Patsy Kay’s Composition class was a research paper.

We turned our papers in, Patsy Kay graded them.  At my second high school, our grades were not recorded as A, B, C, D or F.  Instead, they were in numerical form that translated into letter grades on our transcripts.
.
(We received additional points for honor classes.  For half a year, after I transferred in, I was assigned to the library because my new school did not offer a class I had taken back in El Paso.  I literally received honor points for reading every morning.)

Anyway, back to Patsy Kay.

On the day Mrs. McGinnis was to return our graded term papers, she stood before the class to give her assessment of our efforts.  After a general overview of her approval, she said:

One of you, who knows better, ended her paper with a run-on sentence.  I am disappointed.

Then Patsy Kay Kelly McGinnis handed me my paper.

I reviewed the ending of my paper.  In my closing sentence, I had left out a semi-colon, creating a run-on sentence.

And paid dearly for it.

Over the years, I have given up on Internet grammar & punctuation.  Not for myself – I still text in complete sentences, try to remember to proof my posts, & edit my spelling & grammar.

And while I no longer correct cyber grammar, I still cringe.

And continue to experience you lost me at . . . moments.

Recently, when I read Fire & Fury, my first you lost me at . . . moment occurred on page XIII of the Author’s Note.

The second full paragraph beginning At the same time, it is worth noting . . . consists of three sentences.  The second sentence is fraught with semicolons & contains 82 words.

Including three words I had to look up:  risible (laughable}; sanrizdat (referring to a clandestine publishing system within the former Soviet Union, by which forbidden or unpublished work is reproduced & circulated widely); & gobsmacked (flabbergasted, amazed, astounded," literally "smacked in the mouth”).

Now I understand that my own vocabulary is lacking – doesn’t everyone know risible, sanrizdat & gobsmacked (which reminded me of the Everlasting Gobstopper of Willy Wonka fame)?

And I realize that one of my favorite classic British works begins with a single sentence paragraph consisting of 119 words, However, Michael Wolff is no Charles Dickens & Fire & Fury is not A Tale of Two Cities.

But the Author Note was not my only you lost me at . . . moment before Chapter 1 Election Day.

In the Prologue:  Ailes and Bannon, page 3, at the end of the third full paragraph, Wolff writes:

This was the job Bannon a week later.

I was still back on the 82 word sentence connected by semicolons.

Wolff’s incoherent sentence (when taken out of context) affected my entire reading of Fire & Fury.  Before Chapter I, I was predisposed to find it sloppy & poorly edited.

For months now, we have, as a community, risen up & resisted a plan by the Fort Bend Independent School District that would impact our city.

Specifically, a facilities assessment that could close the city’s heart soul – our local elementary school.

An ardent & active group of parents, former parents, students, former students, teaches & former teachers came together to organize the effort to save Meadows Elementary, creating an example of grassroots efforts to resist.

The City post urged us to keep resisting & contacting the powers that be in the Fort Bend ISD.

And stated that the district board members needed to continue to “here from us.”

As if the board members could “here” from me.  As if here  meant communication.   As if they could here what any of us had to say.

I was struck by the irony of a city fighting for quality elementary education in a diverse environment & its city government’s inability to go past Spellcheck & proof a press release.

In the end, pending the passing of a bond issue, the school district voted to rebuild our 35-year old elementary school to accommodate 450 students.

Apparently, letting the board here or hear from past & current parents, teachers, & students impacted the decision.

But I have to tell you, my friends, that I am still not over here or hear.

Grammar Nazis do not go quietly into the night.

Nor, apparently, do former English teachers. 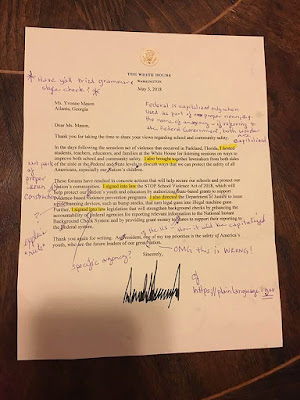