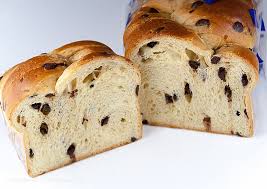 In the past several months, I believe that I have discovered brioche for the first time.  It may be that I have eaten brioche in a previous decade of my life.  If so, the memory may have been erased from my data banks to make room for something else.

According to Julia Child & Simone Beck in Volume II of Mastering the Art of French Cooking, “the wonderfully, buttery, light, & thoroughly delectable texture” of brioche may convince one that brioche is “manna from another planet.”

I am convinced that it is indeed a culinary manna.

And there are numerous forms & situations in which to consume brioche.  As a bread, as a roll, a pastry, – for breakfast, lunch, dinner, snack or coffee break.  As the pastry encompassing Beef Wellington. (I seem to recall an evening long ago with a dear friend & his Rice University housemates involving Beef Wellington).

I found brioche rolls at Aldi’s, of all places.  I think they may replace white yeast rolls at my Thanksgiving table.  I used most of them in a recipe for overnight blueberry French toast.

The remaining rolls I used for tuna fish sandwiches.

Eventually I discovered loaves of brioche with or without chocolate.  I bought the chocolate, made another batch of overnight French toast & used the remainder of the loaf for simple morning French toast.  Jean loved it.

Of course, I think Jean loved it because I grated dark chocolate over the toast.

As the loaf diminished, I began to suspect that one other member of the household was enjoying it.

During my discovery, or perhaps rediscovery, of brioche, a chaplain from Jean’s home health care agency began to visit.  The chaplain’s name is David (I could not decide whether to call him Pastor David or Reverend David but Jean asked him & we are to call him David.)

David is truly a gentle giant – a black man so tall that I have to stretch my neck to look him in the eye.  He has an amazing voice – I am always a sucker for an amazing voice.

Apparently so is my mother Jean.

Last week, David, who is a dapper dresser, wore a hat.  I always take Jean’s visitors into her room & re-introduce the visitor to her memory bank.  And then I leave, giving the Jean her visit.

When David the Chaplain visits, I can hear his amazing voice & its cadence from outside Jean’s room.

Over the next few days, Jean again said I wish you had heard David’s prayer.

At first, I did not understand what she was trying to say.  I decided that she had forgotten that she already expressed that she wished I had heard David’s prayer.

Finally, Jean was able to articulate what she was trying to tell me:

I wish you had heard David’s prayer so that you could rememb
er it for me.

When I last wrote about Jean’s memory & her need for a notebook to write down things she wants to remember or recall, my friend Cate Poe responded to my blog:

You are her synapse, aren't you? Her bridge to those memories. Maybe, too, you've become her notebook.

Cate is correct, I am Jean’s notebook.  At best, an imperfect notebook storing my mother’s memories.

We talked about it & then she said:

So, in between discovering or rediscovering brioche manna, I am a notebook.

Because I have been eating brioche in one Viennoiserie form of another since I first bit into a croissant. . .