About the Current Spelling of my First Name 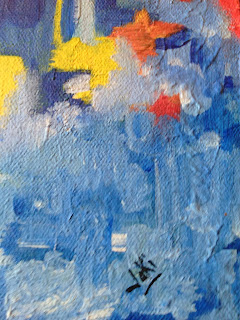 In a post about something totally unrelated to me, a friend I met on Facebook & respect, asked this question in a discussion about voice:

So Jaki I have to ask is Jaki a nickname, or did your parents name you that. We busy bodies have to know.

And this missive is my answer, Andres.

My mother was Lavera Jean Sims Ettinger & I never met one of her siblings who called her Lavera, just Jean.
My cousins, who remem
ber the youngest of the Sims family, have always known her as Jean.  My cousins still call me Jacky Jean.  (It is so very east Texas).

So, I was named after my parents.

Which does not explain the current spelling of my name.

When I was a Freshman at Coronado High School, my advanced English teacher was Lucy Leavitt.  Mrs. Leavitt was not named Lucy.  But I thought of her as Lucy & called her Lucy & it probably drove her crazy.
As a Freshman & during all the high school years that followed, I was a skinny, knock kneed geek with really bad hair who talked too much.  I am not sure I have changed much, except for the skinny part & my hair is more palatable now that I have accepted the fact that it is going to curl.

One day, before Lucy Leavitt’s class started, a new friend who I would come to think of as my big brother & I were talking. Somehow the subject of my first name came up.  I told him that each time we moved or I started a new school or class, teachers would expect that Jacky was a boy.

We came up with Jaki as an alternative.   I decided that it was unique & looked really cool when I signed cards or paintings or drawings.

I used it so much over the years that I had it legally changed when I returned my husband’s surname to him in the divorce.

Over the years, I have never met another Jaki.  One day, driving in Galveston, I stopped at a light & the car next to me had a script on the side inscribed, Jaki Jean.

My friends & I actually tried to follow the car to ask its owner about her name, but lost the car in traffic along the Galveston seawall.

A few years ago, when I was working for a Managed Services group owned by a Norwegian mega-group, my counterpart in the Oslo office came for a visit to Houston.
He found the Accounting area & asked for “Yak-y.”  Everyone he asked was perplexed, until he identified my position & was brought to my office.

Jaki is an actual Icelandic name -  in Denmark & The Netherlands, it is a diminutive for Jacobine – a feminine version of Jacob or James.  It Norway it means  floating piece of ice, floe, iceberg.

Had I known the definition, I probably would have never decided to change it that morning in Lucy Leavitt’s Advanced English class. 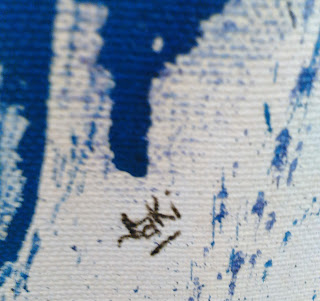