A Missive on the Beginning of 2017 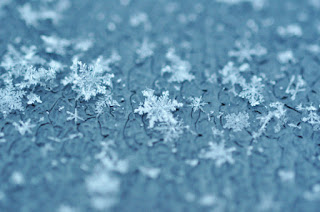 On this, the first day of 2017, I avoided most of the Sunday morning “news” programs except for CBS Sunday Morning & Face the Nation.

My mother Jean & I love CBS Sunday Morning.   It has been my habit for many years to exit at a point from watching it & view Meet the Press & then This Week with George Stepanopoulos.  George himself is now so seldom present on This Week that I often skip the whole hour.

This week, after learning of the President-Elect’s New Year’s tweet (someone wake me up & tell me that we are not hearing from a future President & Leader of the Free World via Twitter), I avoided my usual Sunday morning routine.

"Happy New Year to all, including to my many enemies and those who have fought me and lost so badly they just don't know what to do. Love."

Why learning of this tweet from our future President irritated me, I cannot honestly articulate.   Perhaps because it was divisive – drawing a line between his supporters & classifying those who did not support him as enemies.

Perhaps it was because he felt the need to demean those of us who did not support his campaign of bigotry, fear, racism, misogyny & anger.

Perhaps it was because he insinuated that we are powerless in his triumph.

We do know what to do.  As time since that disappointing & terrifying night in early November has passed, we are gathering together.

But back to the topic at hand – (my brief digression about why I did not follow my Sunday morning routine aside) - a story on Face the Nation.

Isabel Wilkerson, author "The Warmth of Other Suns," J.D. Vance, author of "Hillbilly Elegy," Diane Guerrero, author of "In the Country We Love," and Amani Al-Khatahtbeh, author of "Muslim Girl" sit down for a discussion on their works and how their experiences have impacted their writing.

It was a diverse, interesting group of writers – a black woman who wrote about the great migration of blacks from the south to the north, a white man who grew up in a rural community coming to terms with his roots & his Yale education, a woman born of undocumented parents who were eventually deported, a Muslim American woman growing up in the aftermath of 911.

A worthy effort on the part of Face the Nation & commentator John Dickerson to give a voice to the many voices & experiences of the diverse communities that make up Americans.

But not a FULL BOOK PANEL.

Bothered by the absence of Others who make up this wonder we know as America, I looked up the definition of FULL.

completely filled; containing all that can be held; filled to utmost capacity

The voice & experience of Americans cannot be categorized or limited to or contained within one or two or three or four groups.  We are more than young black, white, Latina, & Muslim Americans.

While I understand the time constraints involved in a television production, the absence of Asian Americans & Americans over Sixty & Native Americans & representatives, writers, whose parents & grandparents are from around the globe, who forged families & communities & contributed to our national wealth of wonder & strength, grieved me.

That being said, it was a beginning.  Someone at CBS should pitch an idea for featuring a writer, an activist, an entrepreneur, a contributor, from the diverse & amazing group of people who comprise this wonder called America.

From more than four select groups.

If I have learned anything during my six decades on this planet, it is that each of us needs to listen to & get to know the Other.

We are all snowflakes, unique & different & Other.  I hope that in 2017 we remember that.  I hope we remember to recognize & appreciate that Otherness, instead of fear it. 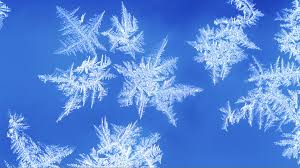