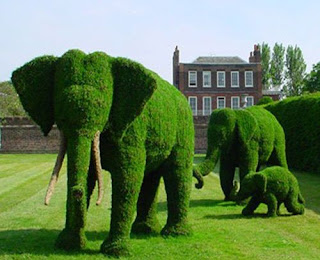 While I understand why artists & performers take a stand on refusing to perform at an Inauguration of a candidate they did not support, I have to confess that I did not do the same upon the election of George H.W. Bush.

The artists & performers who want no part of Donald Trump’s Inauguration or his Presidency are more privileged & financially secure than I was when I moved with my toddler son to Washington, D.C. the summer before the election.

I was a single mother who moved to a town that was not particularly friendly toward single mothers, against the advice of trusted friends.  All of whom pointed out that I was leaving my support system for the unknown.

But I wanted that move.  I had an idea that leaving Texas for a city that, on the surface, represented the same sort of nostalgia & history & attraction as the cities I visited in Europe.

And the cultural opportunities of our Capital seduced me.

I was not an artist during my time in D.C., but I became a performer.  With the election of George 41.

My job title fluctuated with the whims of my employer.  Sometimes I was a bookkeeper, sometimes a manager, sometimes Vice-President of the corporation.

I worked for a floral design company.  A florist.  I lived in a rent controlled apartment in Foggy Bottom on Virginia Avenue not far from the State Department.  My nearest grocery store was in the basement of the Watergate complex, next to the John F. Kennedy Center for the Performing Arts.

My son & I could walk to the National Mall & to the White House.

That part was exhilarating.

After the election, the firm I worked for was approached by a tennis partner of future First Lady Barbara Bush to design the floral installations for one of George 41’s balls.  My boss & a designer who had worked on Inaugural Balls before planned the conceived the installation.

All I did was take notes & write up the bid.

One does not get a great deal of specific capital for these Inaugural ventures – the cultural capital, the prestige is priceless.

Then my boss, reacting to the fact that his recently ex-wife hooked up with a man she would eventually marry, began an earnest pursuit for a new wife.

After our firm was given the ball, he decided to take his new object of affection to Belize.  For several weeks.

As I said, I only translated notes into a coherent narrative for the bid.  Shorty after my boss & the woman who would become his next wife flew to Belize, the experienced designer quit without notice & I called Belize to bitch.

And bitch I did.  I had no idea what to do, where to begin.  The Inaugural Ball was not my project.  There were no cell phones & long distance was expensive & phone contact with Belize was complicated.  But I kept bitching & begging for guidance.

Throughout the call, my boss kept begging me not to yell at him.  I kept admonishing his abandonment, telling him to return & handle this.

In the end, he did not return.  At least, not until the day before the Inauguration.

And I handled it, with the help of several talented & experienced designers.  I submitted specs to the American Floral Association (who, at the time, donated the flowers & members of the AFA came to do the work).  Always with the help of my favorite & most talented designer, my friend Miguel.

During the weeks leading up to the Inauguration, I was continuously summoned to the Old Navy Shipyard (at the most inopportune times), where I met with all the members of the committee involved on this one Inaugural Ball.  The socialite who chose our firm, the catering manager of the hotel, the general manager of the hotel, the person in charge of the talent to perform, various hangers on & the Secret Service.

It was during those meetings that I began to perform.  I bought my first pair of cowboy boots – George Strait Red Ropers.  I wore ridiculously large cubic zirconia studs in my ears.  I played Patsy Cline on the sound system at the production shop.

And I began to speak with an accent I abandoned years before – my accent when I moved to El Paso was very deep East Texas.  My Speech teacher at Coronado High School made me read exercises into a tape recorder until it was gone.

It was a good time to be a Texan in WDC.  With an accent.

In the interest of transparency, I have admit that I whored that experience.   I was not in a position of power, influence or wealth.

I was not willing to sacrifice my source of income to take a stance against a candidate
I did not endorse with my vote.

I attended every meeting of our Inaugural committee members (losing several florist scissors & knives I forgot to take out of my purse before going to through the metal detectors at the Old Navy Shipyard).  I ordered elephant topiaries shipped from Houston for other celebrations & parties we put together

Upon request, I bid on the Texas Black Tie & Boots Ball.  Another florist did the work – but he used my proposed design & credited me – giant urns of the yellow roses of Texas.  He also requested that I be given two tickets to the Texas party.

On the final walk through the installation, my recently reappeared boss walked with me.  Everything was exactly as envisioned - & enhanced.  We were standing in the main ballroom when two men I recognized by their sunglasses, tans, matching suits & ear phones.

Not to mention the slight bulge from guns underneath their jackets.

(I have a theory that the Secret Service agents receive sunglasses & suits from the same sources & that there is a private Caribbean retreat where they are sent to renew their tans.  They may all use the same barber.)

I also recognized two faces from weeks of meetings in the Old Navy Shipyard.
As they approached us, one said:

We have your tickets to the Inaugural Ball.

My boss held out a hand & said:  Those would be for me.

The agent & his partner paused, faces without emotion, & he replied in all seriousness:

And then, with just a sliver of a smile, he handed the tickets to me.

An awkward moment for a vassal with no power, influence or prestige.

What I knew that my boss did not know was that I had no intention of attending either ball for which I had been given tickets.

Because I had not commissioned my talented sister & seamstress to make me a gown.

And because I had not slept for forty-eight hours & faced an early post Inaugural installation the next morning at the Willard Intercontinental Hotel.

Because it was my quiet, & personally necessary, moment of protest & resistance, I gave my recently reappeared boss the tickets.

Tomorrow, I will watch a man I know to be ill-prepared, ill-equipped & unsuited to lead the country be inaugurated as the 45th President of the United States & the Leader of the Free World.  A man who will communicate with the nation & the world through 140 characters or less.  A man I did not support & could not fathom as a viable candidate for the Republican party.

Because my 81-year old mother Jean insists it is important to watch.

We must watch, not to support Donald J. Trump, but to witness, document & remember what is sure to mark a pivotal moment in history.

And as my friend Andres M. Dominguez said:

We need to see and explain in the future as to what happened. So I will watch

Unfortunately, I do not believe that we will witness the beginning of making “America Great Again,” but a slow & sure descent into the abyss.
Posted by Jaki Jean at 8:40 PM