In Defense of Kale

One thing I have learned on Facebook during these bizarre & disturbing times is that I may be the only person among the people I accept as friends who truly enjoys consuming kale. 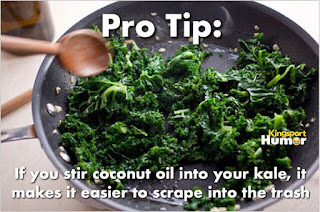 Several things about these posts disturb me outside the fact that I love kale.

Although I usually use it on my face & body – unrefined organic coconut oil.

I object to any attempt to cook greens of any kind in a skillet.

The youngest of nine children, my mother Jean grew up on a farm in East Texas.

There were cows for milk, pigs for pork, chickens for eggs & eventually used for meat & whatever my uncles shot.

There was also a garden.  Which included greens.

My childhood included meals cooked by my mother that did not include meat.  Beans, greens, beets, sliced sweet potatoes.  And cornbread.

The greens were mostly cabbage, mustard & turnip greens.  But I loved them.

It took me a long time to discover kale.  After years of trying to find to find the perfect way to cook greens & use them.

I finally found it in a Mario Batali recipe for acorn squash.

The acorn squash recipe, which called for a topping of greens, was a hit at a Thanksgiving dinner
.
Platters of greens using the recipe was a bigger hit in a subsequent Thanksgiving dinner.  When my brother-in-law declared them the best greens he had ever tasted.

I can make a kale so tender & unrecognizable from its original form, all doubters will grab a slice of cornbread & indulge.

Now, in defense of the recurring meme on my newsfeed advocating for the use of coconut oil to make it easier to dump kale out of the pan into the trash – I do not like raw kale.

Except in green smoothies.  Kale is nutrient rich & in my green smoothies, mixed in with moderation along with spinach & a bit of pineapple & banana & Greek yogurt high in protein & whatever other fruits need to be used – makes a damned tasty smoothie to start the day.

So, in defiance of my Facebook friends, I stand by kale. 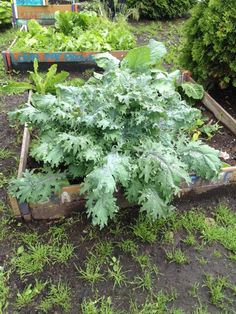