In Response to a Request from Cate Poe 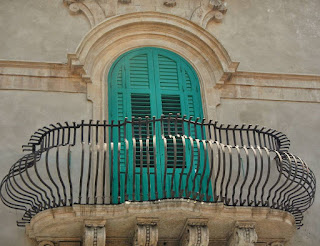 Photo by Cate Poe.  I used it because I am obsessed by doorways & thresholds & the possibility of transgression or transformation or discovery or a path to a pocket of resistance…

My friend Cate Poe, fierce woman, intrepid traveler, passionate organizer even in retirement & fellow writer, wrote the following in response to an article in the New York Times, “How We Became Bitter Political Enemies,” by Emily Badger & Niraj Chokshi:

Things got really polarized this past year, but at least within the broadly labeled Democratic Party camp, I'm noticing a lessening of hostilities and a recognition that on most of what faces us in the months ahead, there is plenty to do together.  What's your recent experience?

Cate, in her usual concise & well-crafted fashion, told of her experience with Democrats Abroad in her home base of San Miguel Allende in Mexico:

On the ground, some of my closest collaborators are proud Pantsuit Nationists now willing to make room for even a die-hard Sanders supporter like me.

Their connections across time & space are incredible.

It is amazing & inspiring to watch these ex-pats who are still engaged with their home country * who still vote.

My own resistance & activism takes place between my role as my mother’s primary caregiver & advocate & neglecting dirty dishes in the sink & laundry that needs to be folded & placed in its proper place.  Not to mention pulling weeds & tending to a much neglected yard.

But I make calls.  I write emails & mail post cards.  I encourage friends in other forums to do the same & share sites to aid them.

Over the past days, I have given a great deal of careful thought & reflection to Cate’s call to share my experience of a lessening of hostilities.

Because my role as my mother’s caregiver limits the parameters of my physical world, I interact outside of Facebook only with a few fellow Democrats.  My Democrat friends, some through FB, others who were a major part of my past lives, are a diverse group.  I would love to gather them all in a room together, childhood friends, friends of childhood friends, relatives, Facebook friends introduced to me by friends of those past lives.

I would invite other friends to that gathering – thoughtful, introspective, insightful friends who do not tend to lean to the left.

Never doubting that the dialogue would be scintillating.

Unlike Cate, I am neither concise nor carefully crafted.  I am verbose & totally incapable of limiting myself to an assigned page limit.

Which is why I am not a poet.

I live in a one square mile city in one of the most strongly Republican counties in the country.  It is like living in a bizarre, toxic version of Mayberry, RFD.  There are small pockets of resistance, other rare Blues.

Eventually, even after continued requests to agree to disagree, I had to block this never left or Blue friend from my news feed earlier this year.  I felt strongly on the issue we debated at the time (it was not about our current leadership, but was about a link she sent me from a “fabulous” radical feminist group).

She felt equally strong, but it was apparent that she was coming to the issue from a place & philosophy I could not fathom.

A dark space I refused to visit.

So, I made a difficult choice.  I found it necessary to stop listening to or participating in a dialogue designed to save me from falling into the liberal abyss.

And, yes, there are a handful of friendships that I doubt will ever recover. That doesn't make us bitter enemies, as per this headline, we've just moved on after regrettable interactions.

My choice was several months ago.  More recently, on the morning of the tragedy at a baseball field in Virginia someone forwarded me this from my dear, blocked, friend:

This tragedy is a direct result of liberal propaganda, hate speech, prodding by democrats and resistance groups.  I hope every one of the people who participates and propagates this type of communication takes full responsibility.  Thank you to Capitol Police!

No longer reacting immediately, wanting to slay the conservative dragons accusing liberals of using the same hateful rhetoric our current POTUS has espoused & continues to espouse at every opportunity since he descended the escalator in Trump Tower, I laughed.

Of course, it is not funny.

As a liberal & a Democrat & a woman who resists, I was incensed & outraged.  But to respond to the post would have given it a power it does not deserve.

Laughter was a different kind of release.

No response I could have written would have diffused it or moved its writer.

This is our reality.  Some dialogues & discussions cannot take place & remain civil.

The battle ahead is not how to convince the immovable opponents on the Other side of the aisle, but to unite Democrats & Independents in a coalition to regain some semblance of control over & restoration of our republic & democratic process.

And over the last months as I have struggled with how to respond to frustrating & inflammatory posts, I have been reminded by something my mother Jean told me when I was attempting to raise my sons:

Save your big guns for your big battles.

Caring for Jean reminds me on a daily basis of how important those big guns are, how life altering those big battles can be if we have wasted our energy on skirmishes we cannot win, on opinions we cannot sway.

So with Jean’s help, these past months have taught me to listen more, to attempt to refrain from speaking without truly thinking, to contemplate the projected outcome of my discourse.

It is not acquiescence on my part.  I wish it was resulting in a kinder & gentler Jaki Jean.  But I am still a bitch at heart, I still do not suffer a fool gladly, I still have a temper that reacts all too quickly.

I still want to instinctively reply Are you fucking kidding me?

Not acquiescence, but choosing a battle that can make a difference.  About formulating a plan & taking action.

While I have not yet shared Cate's positive experience, I share her optimistic interpretation of a lessening of hostilities within the Democratic party.  And I recognize pockets of resistance to the toxicity that has unfortunately become our norm.

Something I learned a long day ago, in reading & writing about literature.

There are always pockets of resistance.  In every walk of life.
Posted by Jaki Jean at 3:44 PM