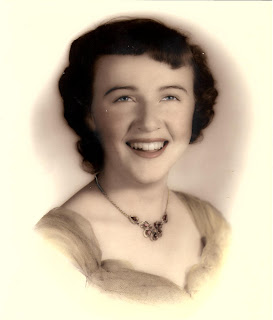 When I told my friend Muriel that I was going to write a blog entry about 72 hours as my mother Jean’s caregiver, she replied with a laugh:

I think your role has lasted more than 72 hours.

Muriel was right – it has been a much longer journey than three days.

But two weeks ago, three days & events were extremely challenging, perplexing, & frustrating.  Not because of Jean, but because of just one of things that threatens recipients of home health care.

On Tuesday, May 16th, the home health care agency we have used for several years, informed me that Medicare had denied coverage of services for Jean, that they had no choice but to cease providing those services & had not been reimbursed by Medicare for the past year.

Because I trusted these nurses with my mother’s well-being & they had come highly recommended by a nurse who cared for my mother at the Advanced Wound Care Clinic at Methodist Hospital Sugar Land, I believed them & was devastated.

Last year, this same agency told me that Jean’s PCP would not sign off on home health care services, postulating that perhaps her doctor of several decades had committed an infraction of Medicare regulations & was wary.

During these exasperating & confusing 72 hours & beyond, I contacted a medical supply provider to inquire about Jean’s ostomy supplies.  I wrote Senator John Cornyn, asking for his office’s assistance with appealing to Medicare.  More on that later.
I also called Medicare.

After a lengthy two hour phone call, which involved my proving that I was authorized to speak on Jean’s behalf, I learned some amazing truths & reassurance.

Medicare informed me that Jean does indeed qualify for home health care services.  They also gave me dates & amounts paid to the agency we were using.

This agency did not terminate services (they are required by regulations to notify us in writing & so far, we have received no such discharge notice) because of non-payment & denied coverage.

These nurses to whom I entrusted my mother’s care terminated services because they were not willing to accept payment within Medicare’s parameters.

And they mislead me & lied to me.  Or perhaps they offered alternative facts.
And underestimated me.

Did they not think I would make calls?

During those disturbing 72 hours & beyond, I contacted Jean’s current PCP & spoke with the staff member who coordinates all home health care services for the doctor’s patients.  Jean’s doctor has a preferred provider & the nurse assured me that they have never had a complaint about the agency he prefers.

In the process of trying how to obtain Jean’s ostomy supplies, the company I have been dealing with told me that Jean’s supplemental insurance said her account was no longer active.

I called my sister Janet & said I have a crazy question to ask you because I did not believe that she had changed Jean’s supplemental insurance without telling me & giving me Jean’s new insurance card.

I also could not believe that all of Jean’s physicians have been sending claims & not calling about a lapse in coverage.

Jean’s supplemental, United Health Care through AARP, informed me that her account was absolutely current.  On a whim, I asked if our home health care agency had sent in a claim for a portion of what Medicare did not cover during 2016 or 2017.

The answer was a resounding no.

So, perhaps the agency we will never use again has a poor business model.

I have no doubt that there is money to be made in home health care services.  But a provider needs a full staff & patients.  It is not always possible for the principals to be the nurses who visit patients to have a full-time job at a hospital.

Now, before all the nurses & home health care nurses I know respond in anger, my opinion of & respect for nurses remains intact.  I trust nurses & nurse practitioners.

However, I do not like being lied to or mislead about my mother’s eligibility for home health services.

If I had been told the true reason for the agency, that my mother’s situation & care was not profitable, I would have been pissed.  I would have had the benefit of honesty.

Now, I am not just pissed.  I am enraged.  Not just hurt or disappointed, but full throttle enraged.

I contacted the Ombudsman for the Texas Department on Aging.

The, beyond the 72 hours, I received a text from the agency we have been using.  I will be there around noon & we will talk.  We will keep her.

Minutes before, the nurse at Jean’s PCP’s office called to update me on the status of engaging their preferred agency.  I told them to continue the process, that I was no longer comfortable with caregivers who offered me alternative facts.

Then I texted the agency that gave me those alternative facts.  No need.  I spoke with Medicare & Jean’s supplemental insurance & Dr. Lalani’s office.  We will be using a new agency.

In my continuous effort to remain Jean’s fierce advocate while striving to be a kinder & gentler Jaki Jean, I did not remind the caller what she should have known.

When it comes to my mother’s care, I do not play.

Last week, the recommended agency arrived.  I went over exactly what brand & type of ostomy bag was required.  I gave them the company name, the order number.  I explained all the reasons this particular style of bag worked with Jean’s stoma, its position, her bowl movements, her sensitive skin.

And a box of ten of the poorest excuse for a replacement for a Coloplast Sensura one piece, self-closing ostomy bags with a wide adjustable opening.

All my attempts at a kinder & gentler Jaki Jean went out the window.  I made phone calls.  A lot of phone calls.

Patience is not my stronghold.  I waited overnight for a response & an offer of a solution.

A physical therapist booked a session for yesterday.  Unfortunately, a nurse by the name of Crystal called to ask if she could come & see Jean.

I explained that Jean was booked, that two visits from strangers in one afternoon was too much for her.  Crystal pushed back, insisting that, because Jean was being treated for a wound, it was essential that the treatment be on a regular schedule – on the same day of the week.

Frustrated, I unleashed on her.  I apologized, telling her that I knew it was wrong for me to inflict my frustration on her.

I agreed to let her come.

She did & I remained in the room to watch exactly how she would handle caring for Jean.  Crystal was excellent & extraordinarily patient with me.  Or at lease pleasantly tolerant of me.

As I signed her notebook, a kinder & gentler Jaki Jean emerged.  I asked if she was old enough to remember before we all depended on our devices, if she remembered nursing without a notebook in her nurse’s bag.

She smiled & continued the conversation until somehow, we were talking about the fact that we both have sons who were obsessed with Teenage Ninja Turtles.

I thought by finding some common ground, some shared experience, I could make her understand that all though I genuinely want to be a kinder & gentler Jaki Jean, I am a bitch at heart.

When she left, she was more relaxed, her tone very different.  She was laughing (after all, I did get voted “Most Witty” my Senior year in high school).

After Crystal left, our new agency called, telling me that the Regional Director was working on a solution & it would be offered soon if I would just be patient.

Patience is not one of my strengths.

Yesterday, after Charvey (I keep wanting to call him Charlie, but it is Charvey & I have to remember a six-foot rabbit with a C) the physical therapist left, the doorbell rang & UPS delivered a package.

It was a box of twenty Coloplast one piece, self-closing ostomy bags with a wide adjustable opening.  Including disposal bags.

I won the understanding of a fine nurse on Tuesday afternoon by resurrecting a kinder, gentler version of Jaki Jean.  I won it by opening up a dialogue.

Yesterday,  I won a battle with a major home health care corporation.

Not by resurrecting a part of myself I have to constantly bring to the surface, but by being a relentless advocate to assure Jean has the best care available.

I won the battle by being a bitch.

And I was reminded:

Sometimes you have to be a high riding bitch to survive, sometimes, being a bitch is all a woman has to hang on to. 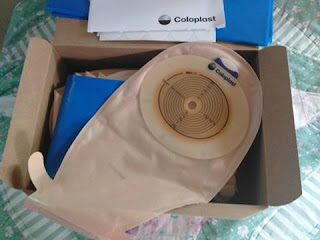