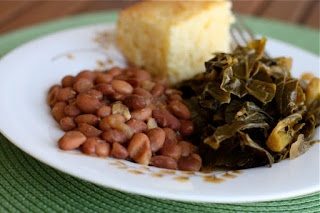 My royal blue (as in the Kansas City Royals) friend Marianna posted an article on the ill-conceived centerpieces & culinary choices made by a college president (or his staff) to give African American students “the opportunity to discuss their experience at the private liberal arts school.”

The centerpieces were made with stalks of cotton – stalks of cotton are not in & of themselves offensive, but perhaps not the most appropriate or sensitive choice considering the invitees & our current all too divided political climate.

Cotton is a profitable crop in Tennessee, home of the predominantly white university with the college president who forgot (or his staff forgot) to take into account the political climate & the possible family histories of the students invited to share their experiences as African Americans in a liberal arts school over dinner.

As I mentioned to my royal blue friend Marianna, there are myths & stereotypes about everyone & everything Other than one’s self & experience.  Including a stereotype that all Others with a common history & tradition only eat certain foods.

And I was reminded that the perpetuated myths & stereotypes are not limited to privileged Others who were born faded & sometimes freckled.

I grew up one of four children by two people from East Texas.  Our mother Jean grew up on a farm, with a Church of Christ minister for a father & a quilter & reader for a mother.  Our father Jack grew up differently, but still East Texas style.

His parents’ only child, he & his mother often lived with his grandparents while his father worked out of state, rebuilding America & writing long, intense love letters to his wife.

I found those in a tin box after my grandmother died.

Contrary to the myth that all Texans owning land raise cattle, my maternal grandparents had milk cows, pigs, chickens, whatever the boys shot or trapped, Spam & canned salmon.  And what they grew.

No cattle for beef.  In fact, the first time my mother Jean ate a T-Bone steak was on a date with my father Jack.

In our childhood, we ate meat.  Fried chicken, fried pork chops, fried fish, chicken fried steak, pot roast, hamburgers, steaks on the grill.  And salmon patties made from a can.

My father used to enjoy cornbread crumbled up in a glass of cold buttermilk.

I, however, had no desire to develop a taste for crumbled cornbread in a glass of any temperature buttermilk.

But I loved those meals of greens & beans & cornbread & sides.

During my rather inexplicable transition from English nerd to computer operator to bookkeeper to accountant, I left my first job at a CPA firm for more money, better benefits & new & fascinating horizons.

The choice proved to be a disaster.  And gave me a moment of what wonders sharing a meal can bring.

I took a position at a newly acquired division of Exxon Mobil, located a decent commute for my place in the inner-city area of Montrose, but along the Gulf Freeway.  My job duties included processing the printing of accounts payable checks.  Once a week.  The rest of the days at work were spent staring out of the window.

The highlight of the day was when the food truck (in those days food trucks were called Roach Coaches – no resemblance to the wonder of food trucks today) entered the yard below & men exited the production floor to buy sandwiches & chips & cookies & soft drinks.

A huge departure from my life living & working inside the Loop.  Lunch inside the Loop was an adventure, an hour or more of a perk benefit to eat barbecue or Mexican food or visit a deli or have burger with sautéed onions & blue cheese dressing or treat oneself to a visit to Ousie’s Table, which was then near the art museum & the menu on the chalkboard changed daily.

In those days, the journey down the Gulf Freeway from the inner city to Galveston was not what it is today.  I had driven it many times & would drive it many more – to get to Galveston or Freeport or to San Leon & sailing, but I was only familiar with one restaurant.

Which was, at the time, one of two Indian restaurants in Houston.  And too far to go for lunch in the days before “to go” menus.

As I mentioned before, the view of my desk was over a concrete yard located between the production shop & the offices.  I had two constant companions in the office – boredom & my peer.

A young, tall, impossibly lithe & gorgeous woman of color.  With impossibly impressive, long nails in a time when NO ONE I knew got their nails done.  Nails that clicked at 100 times the speed of my stubs on a keyboard or typewriter.

And whose entire countenance radiated resentment.

Because I have an intense need to connect with Others, even back then when other to me was a word, an adjective meaning additional or further, I tried reaching out, only to be rebuffed.

Silence & boredom & loneliness & a sack lunch were the staples of my days at a division of Exxon Mobil along the Gulf Freeway.

It was during the time before the Internet, not to mention Google, when computer operators worked in DOS & IBM ruled the computer industry.

One day, the very beautiful woman emanating resentment turned to me & asked,

Why do you make more money than me?  Who do you know?

I knew that my peer, who was working so much harder than me, had been with the company before Exxon Mobil bought it out.  I knew she did not like me or my presence next to her in front of the windows that looked out onto the concrete yard.

Looking back, I was so young, the times were different.  I didn’t ask her how she knew my salary.  I tried telling her I had no idea what she was talking about, but I am a really poor excuse for a liar.

While I did not know that I was making more money than she was, I did know exactly why I was hired.

She kept at me & I finally I asked her:

Are you familiar with SEU?  Source Entry Utility?

Because that was why I was hired.  I had a skill that the powers that be that ruled that newly acquired division of Exxon Mobil anticipated it might be necessary during the upcoming computer upgrade & conversion.

I knew going into the job that I would have very little to do at first, until the conversion.  I knew I had a skill, had been trained by a passionate computer programmer.

I explained to her that I was very familiar with & adept at SEU, an IBM utility that allows a user to update a source in a database or add records between existing records.

It is strange & oddly amusing to remember that young Jaki Jean, who wanted to be a computer operator & write.  It may explain my eldest son & his status as an IT / computer geek guru.

After my explanation, my office companion mellowed.  We talked more & one day, she asked me to lunch.

I never knew where she went to lunch – not the Roach Coach.  Because I ate out of my sack lunches at my desk.

So I went & she took me to a drive through a soul food restaurant along the Gulf Freeway.

In spite of the thaw in her frigid resentment, I still wondered if it was a test or a perceived punishment for making more money while doing far less work.

I perused the menu in the drive through & when my lunch companion asked me what I wanted, I replied, beans, collards, fried okra, cornbread & a jalapeño.

She looked at me, with the same look I am sure I get when I reply to a comment or a situation I cannot fathom & said, “Seriously?”

We returned to the office & sat at a table somewhere to eat.  As we both buttered our cornbread & I sliced up a jalapeño with a plastic knife & scattered it across my beans & greens, we talked.

My office peer was blown away by the fact that I grew up eating beans & greens & cornbread.

I, of course, told her stories & then she told me stories & long after the buttered cornbread was gone, the beans & greens & fried okra consumed, we kept talking.

Because we once shared a meal we both grew up eating.

Which led to sharing our stories & finding out that the Other was not so very different. 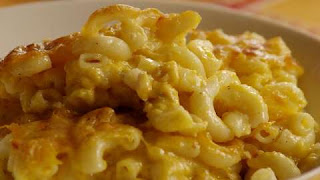