This past October, my BFF from the second grade, Sue Ann McLauchlan Faulkner, forwarded this Do You Remember ?  post on Facebook: 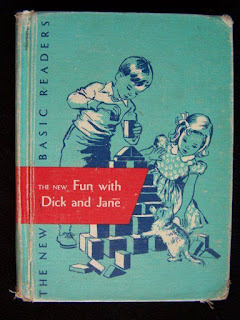 In my fifties, I became obsessed with Dick & Jane when I first became aware of how elementary & young adult fiction has changed since those days I shared with Sue at Cabell Elementary.

For a long time, my perception was that I went from Dick & Jane to Jane Eyre.  Of course, that perception is a memory morphed into myth.

But none of texts I read between Dick & Jane & Jane Eyre imprinted themselves into my text.

There is, of course, a certain sweet serendipity in a mythic move from one Jane to another.

Sue & I were in the smart class at Cabell Elementary.  In those days, it was not called accelerated or advanced or gifted & talented or AP.  Just the same group of advanced, gifted & talented kids promoted together each year.

Our fourth-grade teacher deemed us incorrigible. 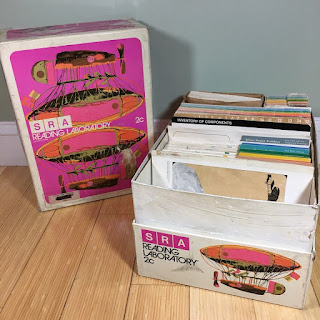 Our reading was tracked by how many levels we successfully mastered.  It was not necessarily about how fast we read, but by how well we comprehended the material.

So we went from Dick & Jane to a competitive program that took our reading scores levels beyond our grade level.

We were the smart kids.

My grandmother Helen gave me copies of Jane Eyre & Wuthering Heights when I was still in elementary school.  They were exquisite volumes, illustrated with detailed etchings.  The volumes had been Helen’s when she was a young girl. 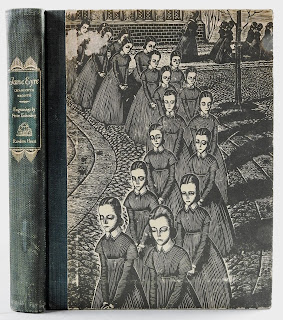 Helen & I had a complicated relationship.  But she was amazing.

As a child, Helen lost her hearing.  I no longer remember the entire circumstances, but from the moment I first knew her, she wore a hearing aid.  When I was very young, the hearing aid was attached by wire to a box she tucked inside her bra.  Eventually, hearing aid technology advanced & the box & wire disappeared.
o
When Helen was young, the hearing aid boxes were larger, too large to fit inside a bra.  They were worn on the side, like a large, ugly hanging purse.

After she finished teacher’s college, Helen taught school.  Wearing that enormous box strapped to her when she stood before her sixth-grade students.

Helen gave me a book I still possess.  Copyright:  1919  Still available on Amazon. 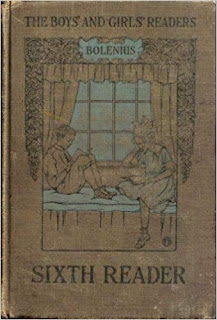 In our childhood, I used to recruit my younger sister & brother to play School.  I was, of course, the teacher & they were the class.  If they declined my invitation, I simply taught imaginary children.

Although I was too young to understand the To the Teacher section or the book’s six parts & subsections, possessing the book gave me confidence.

Exploring its contents now, I am amazed at what sixth graders were expected to read.

I marvel now at the current wealth of young adult fiction available.  The Higher Power of Lucky – which I read because it was banned from school libraries – it used the word scrotum about a dog.

The Girl Who Could Fly, Rules, A Series of Unfortunate Events, Chasing Vermeer, Wonderstruck, The Book Thief, The Giver, The Invention of Hugo Cabret, Gaby Lost & Found, Allie First at Last, Me Frida & the Secret of the Peacock Ring - & wedged between the very adult Foucault & Eagleton’s Literary Theory, my seven volumes of Harry Potter on my shelves

And always, always, A Wrinkle in Time.

When I turned sixty, Sue Ann McLauchlan Faulkner, the same BFF from second grade who inspired this missive, created a Raggedy Ann Jaki Jean.  Sue is famous among those lucky enough to wander into her orbit & receive one of her Raggedy Anns or Andys. 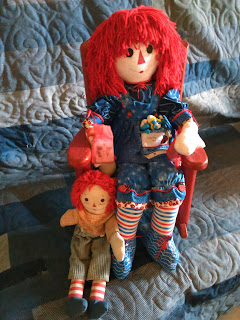 Jane Eyre, To the Lighthouse, A Wrinkle in Time

Memory, as I have mentioned, often morphs into myth.

My sweet friend Sue’s post about Dick & Jane initiated a time travel.  Not by tessering, but by rethinking & reexamining.

Condensed books that always sent me to the library to read the full version.

In a time when book stores were rare & out of reach, my mother took her children to the library.  I read because library time was important in the public schools of my childhood.

I read because I cannot imagine not reading.

And because I am still waiting for Jane to go up & down the hill without any thoughts about Dick, all on her own.